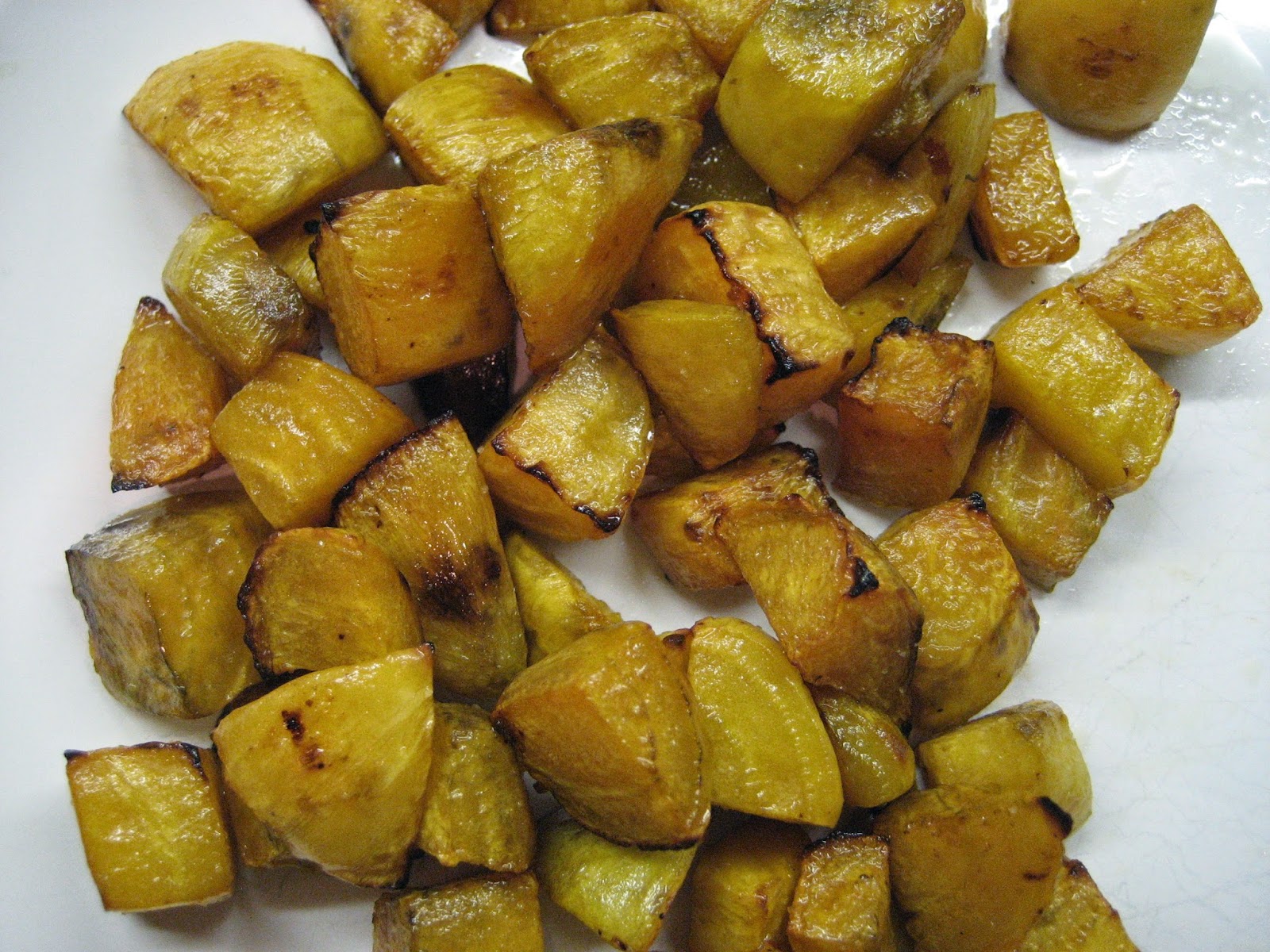 Most of the time, I don’t use recipes. I have some basic techniques, some favorite combinations. It allows me to use what looks good at the farmers market. Or what Roy got last week at the farmers market and we need to eat before it goes bad. Plus it’s faster to cook when you make it up as you go along. How do you do this?

I covered sautéing in March. Now on to roasting. I have to say that I have been roasting a lot of vegetables lately, as it takes the chill out of the kitchen. May is not warm in San Diego.. not cold enough to run heaters. It’s not like I live in Boulder. I’m not whining, anyway I know nobody feels sorry for me.  Like sautéing, you can cook pretty much any vegetable. With one or two exceptions, you do it the same way, the only variable is the time.


Preheat oven 425F, convection if you have it. Get out a large sheet pan (or 2) and cover with parchment paper. Prepare the vegetables: Peel if needed, cut in equal size pieces. Put in a pile on the parchment paper. Pour on a tablespoon or so of olive oil, toss with your hands to get an even coating. Spread in a single layer, try to keep pieces from touching. Bake, tossing/turning every 10 minutes or so. When they are done, with nice brown spots, sprinkle on some salt, maybe a squeeze of lemon juice. Toss again, and eat.   And bonus, the sheet pan does not even need to be washed! 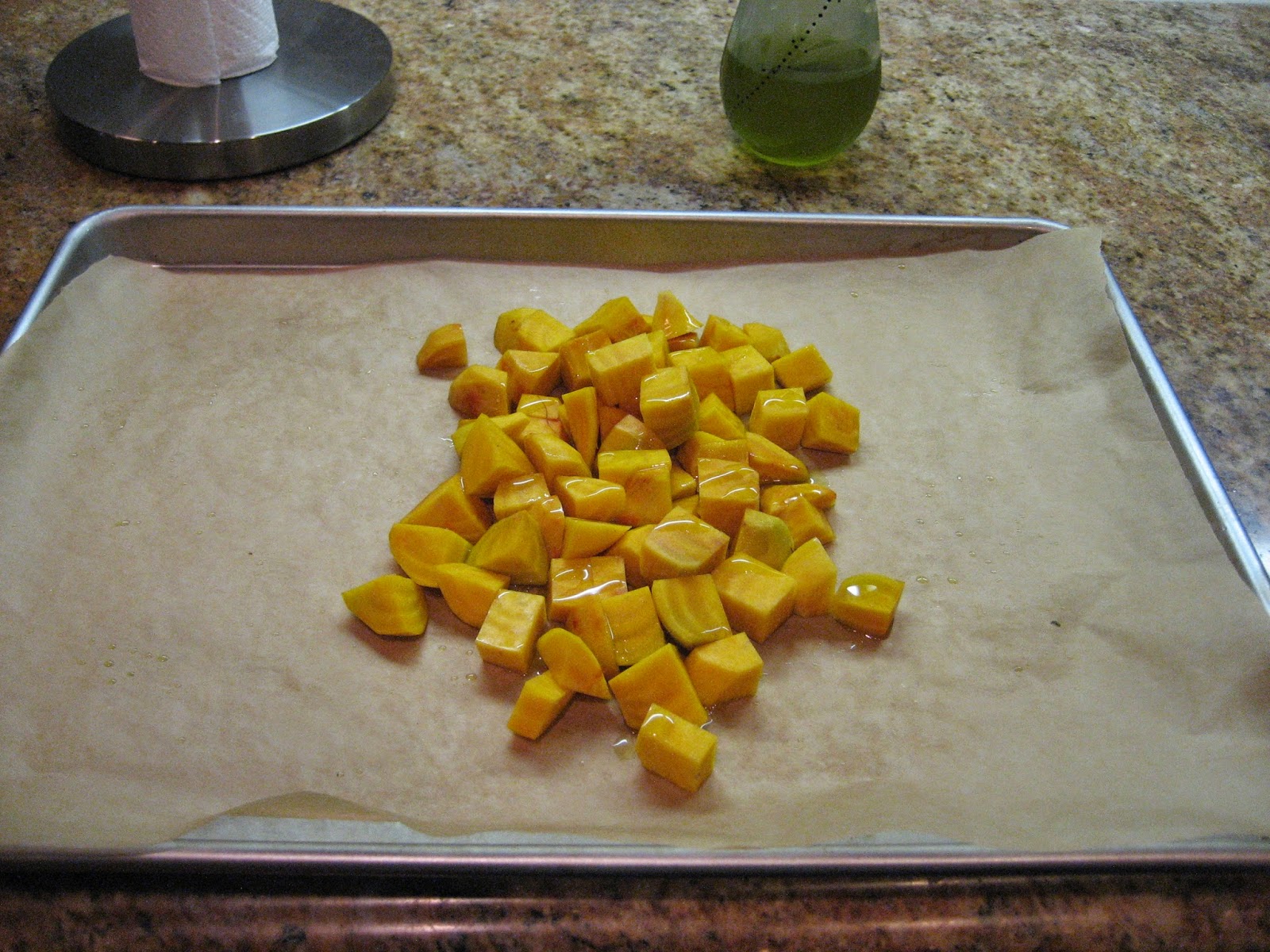 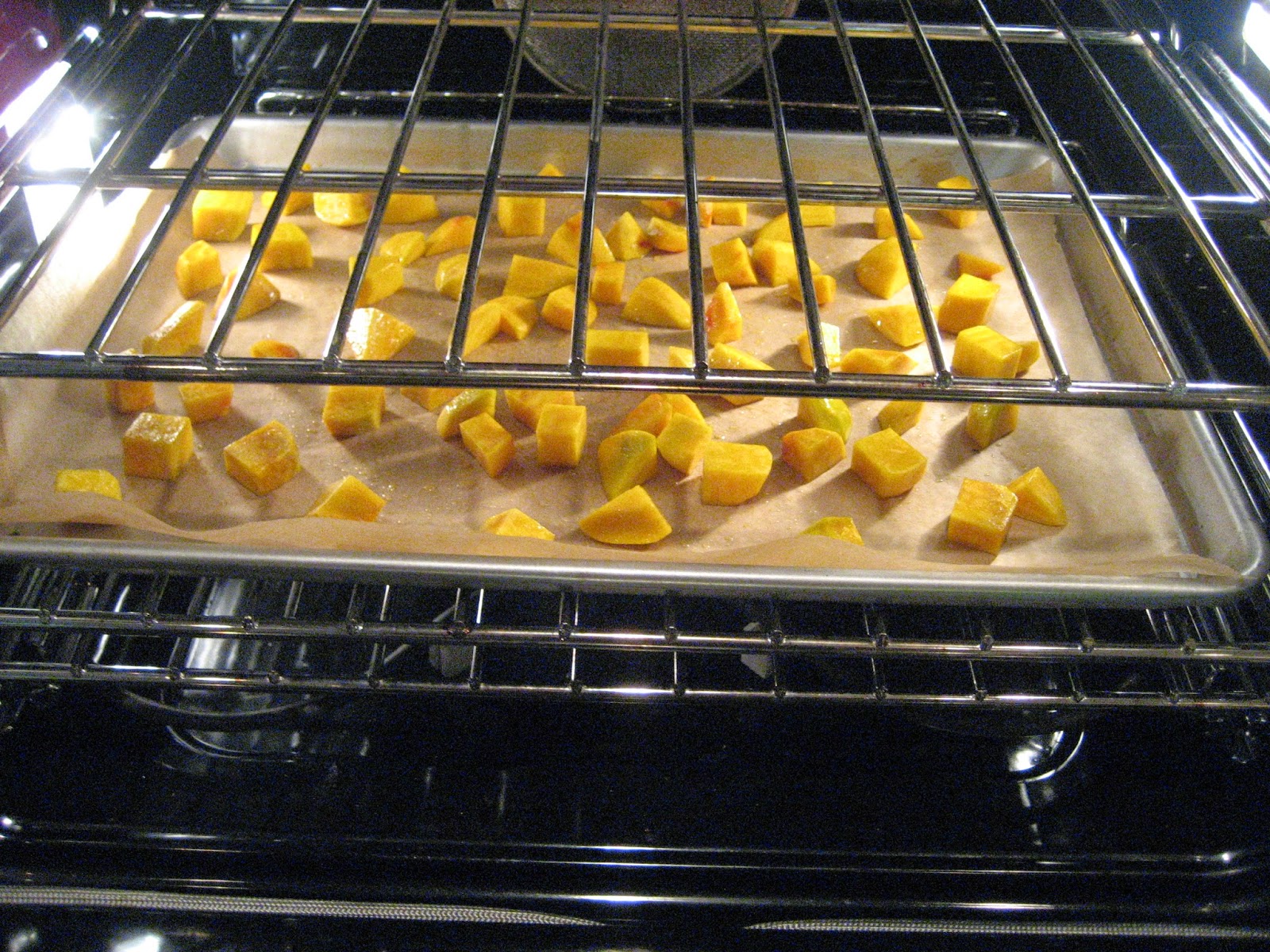 What vegetables? My favorite favorite way to eat cauliflower is roasted. Other options include asparagus, broccoli, beets, carrots, green beans, onions, potatoes (i.e. oven fries.. white or sweet) snap peas, summer squash, turnips winter squash.. you get the idea. The list of what you could not do this way is likely shorter. Not sure that you would want to cook spinach this way, but Kale is wonderful (like popcorn). (If you haven’t looked at the last post, please note that Kale is the oven temperature exception – only use 350F).

The other variable is how big a piece of vegetable to use. Green beans, baby carrots, asparagus, snap peas should be left whole (trim ends as needed). Broccoli and cauliflower should be broken into florets, around 1 or 1 ½ inches. Beets I peel and generally do about a ½ inch dice. Potatoes (not peeled if thin skinned) are often cut into thick (1/3 of an inch) slices, or small ones are quartered. The only important thing is to get them about the same size. Smaller pieces will cook faster, timing is a little more critical.

So, how long? We know the smart ass answer is until they are done, but here are some guidelines: tender vegetables (asparagus, green beans, etc.), or vegetables in smaller pieces (beets) about 15 minutes total. Snap peas maybe even less. Cauliflower is about 25 minutes. Potatoes are maybe 35 minutes, maybe 45 if the pieces are big. Sweet potatoes cook faster.  Mileage will vary – convection ovens will be a little faster. Bigger pieces will take longer. I think that the amount of oil used makes a difference too (burn brown faster with less oil, cook faster with more oil). Just watch them, after a few times, you get the hang of it.

Add on’s:  If desired, spices or herbs can be used at either the start or the end. Chile powder and cumin mixed with the oil. Add some sliced onions, or garlic (which does tend to get on the burnt side if not frequently tossed…), red pepper flakes. Or some parm cheese grated over top when it’s done. Here’s a surefire to make you love broccoli (and I think a little crispy bacon could replace the ham power at the end, the bacon fat the duck fat if you don’t happen to have it laying around). But usually, I just use salt. And when I have them, lemon juice.

How much? For the 2 of us, one sheet pan full is usually enough.. guessing about a pound (yes, really). Sometimes I cook more, because roasted vegetables are great leftover and put into salads. Clean-up is so easy, I will cook them just for me. Sometimes I roast to put them into pasta (2 pans of vegetables to ½ pound of pasta is about right). This week I did a salad with barley and roasted beets, onions, red peppers, carrots, and walnuts. And a lemon-herb vinaigrette. It used up a random assortment of vegetables, and kept us well fed all week…
Posted by Deb at 4:01 PM No comments:

I do have a list of foods that I avoid (not to be confused with chemical additives to food that I avoid… a post for another day). One of the categories of food I avoid is processed meat. Deli turkey. Pastrami. Hot Dogs. Bologna. Like trans fats, it seems that studies done on heart disease shows a link with high consumption of processed meat, but not meat in general. The scientists don’t know exactly why (seems the more they study, the more they don’t know). In addition, this week in USA Today there was a story how anyone over 50 (LIKE that’s old or something) should not eat deli meat unless it’s heated to over 150F, because of a risk of listeria (a type of food poisoning more commonly associated with raw milk), especially fatal to the elderly and pregnant.  Just one more little piece of data to help just walk by the deli counter when shopping.

As a side note, I do eat bacon, salami, and prosciutto, especially when made by small suppliers, using traditional methods. In limited amounts. After all, this diet is an evolution: any diet that isn't, is hard to maintain.

But deli meat is pretty easy to avoid. It’s easy to just cook some extra meat (chicken, pork, etc) to use that for sandwich or salad. Or have tuna, or eggs. Or peanut butter. Or Turkey.

It’s good to have a thermometer on your grill for this, although I’m sure you can get there from trial and error. Flames and lots of smoke BAD

1 teaspoon of each:   Chili Powder (I like Ancho, but anything works, even Paprika for the spicy-adverse), Cumin, Coriander, Salt, Brown Sugar. And maybe some Tumeric.. something I will try next time I make this. Wood chips (mesquite or other).

Mix rub ingredients in a small bowl, then rub all over the half breast. Place in plastic (Zip-loc) bag and then into the refrigerator 4-8 hours.

About 30 minutes of starting to cook, place about a cup of wood chips in a bowl of water to soak. Prepare a drip pad to go under the turkey from foil, or use a small purchased foil pan. Place in the center of the grill, then light. Heat a gas grill for indirect heat (front and back on my grill). Using a double layer of foil, make a packet of the soaked wood chips, seal up, and then poke several times with a paring knife.

Put the foil packet directly on the burners (under the grill), pull the turkey out of the bag, and on the grill. Turn down the heat.. goal is to achieve about 325 oF. On my grill, this is on the low side of medium. Expect to cook about 25 to 30 minutes per pound, until an instant read thermometer reads 155.
Posted by Deb at 5:36 PM No comments:

Name most any vegetable, and I can tell you at least 5 different ways to cook it.  But artichokes I always eat the same way.  Just steamed.   As a kid, I always dipped them in mayonnaise.  But now, I do a mayonnaise based dip based on the French version of mayonnaise called Aoili.  But (gasp) I do a shortcut using (gasp) real mayonnaise (as in Best Foods Real Mayonnaise, not mayonnaise you would really make).

A big spoonful of plain 2% yogurt (Greek or regular)
A small spoonful of Mayonnaise
A small splash of olive oil (optional)
One small clove of garlic, finely minced
A big squeeze of lemon juice

Mix together with a small whisk. Perfect for Artichokes.

I'm always surprised at how salty this tastes..  since most of the bulk is from unsalted yogurt (goes to how much salt is in mayonnaise) and how much flavor a little lemon juice and garlic can add.

Here is a good way to steam the chokes... the only think I would add is to wipe the cut surfaces of the artichoke with a lemon slice, then throw the slice into the cooking water.

And artichokes are in season!